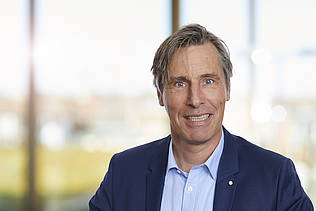 The transitional temporary permissions regime for Brexit will expire before the MDR takes effect on 26 May 2021. This means that the MDR will not automatically be incorporated into existing UK law. Instead, the UK government will adopt a separate law – the Medicines and Medical Devices Bill – which will require all medical devices to be registered in the UK beginning 1 January 2021. The grace periods are short and are based on risk classes.

CE marking and certificates from EU notified bodies will continue to be recognised until 30 June 2023. Following that date, only the newly developed UKCA (UK Conformity Assessed) mark will be valid in the UK. This marking will be issued by specialised British conformity assessment bodies authorised by the MHRA.

Taking these dates into consideration, it is now high time to check with the MHRA and to begin preparations for obtaining UKCA certifications to ensure a European product can remain on the UK market. According to the MHRA specifications, a UK Responsible Person based in the UK must take on representation for the product, a position similar to that of the European Authorised Representative (EAR). This means that marketability will soon no longer be possible in the UK without the cooperation of a British partner.

Conversely, however, the same will apply for access of British products to the European market. As of January 2021, notified bodies from the UK will no longer be accredited in the EU. A conformity assessment by an EU notified body will be necessary in order to obtain marketability in the EU.

Diapharm is here to help you cross borders

At Diapharm, we help manufacturers gain and maintain market access throughout Europe. In future, we will help companies from continental Europe to access the UK market. We already take on the roles of EU representative and/or legal EU manufacturer for non-EU and for British companies for market access to the European Union. Get in touch with us!